How much Should you pay for a Business Class Seat?

“Is that cheap, though?”

A question we all ask ourselves when looking at an airline’s fares during a seat sale, or when availability opens-up on a redemption/reward flight.
Before we can answer the question, we first have to answer the following, as each has a big impact on what we should pay:

Can you be flexible with travel dates?

Flexibility is hugely important in achieving the lowest business class fare. Fares vary wildly throughout a 12-month period on any single airline, and between the various destinations they fly to. The reason is supply and demand; the most popular routes on the busiest dates will have far higher prices than the less popular routes on off-peak travel dates. Why? Because there’s a much higher likelihood the aircraft will be full so the airline can confidently raise their prices. At these times, they often reduce availability of points redemption seats. Airlines track supply and demand data over many years, enabling them to accurately model when ticket sales will peak and when they will slow down. That doesn’t, however, mean you can only get cheap fares to destinations nobody wants to visit on dates they don’t want to travel. If you want to visit Australia and will happily travel anytime within a 3-month window, you’re going to secure a cheaper fare than someone who must fly to London to Sydney on the week running up to Christmas.

How soon do you need to travel?

If you’re looking to travel travel next week, you should expect to pay considerably more than if you we’re looking to travel in 90 days’ time. Why? It’s supply and demand, again. A week from the date of travel a scheduled airline has a good idea of how many empty seats they’re likely to have when the flight departs. If they’ve been good with seat sales and demand-based pricing, there will only be a small number of empty seats in the final few days before departure. Scheduled airlines also overbook, to account for the number of no-shows/late changes historical data has told them are likely to happen. Airlines also know that travellers looking to fly within the next week are likely to have plans and commitments that can’t be easily changed. They know you have to travel and you know you have little time to shop around. All of this conspires to create very high air fares, often the highest.

So, in an ideal world, when should you book?

Most airlines release seats almost a year in advance (355 days in the case of British Airways). This is the best time to grab redemption seats with your points. We do not book cash (revenue) fares this early.
Airlines tend to start seat sales around 150 days from departure. This is when we begin looking and sometimes pick-up bargains.
We often find the cheapest fares 90 days (3 months) and no later than 30 days before departure.

Although the idea behind redemptions is that they are supposed to be free, the reality is that there’s always some cash to pay to cover government taxes, levies, and fuel surcharges. Because of this, we always check the current cash (revenue) fare of the flight before making a redemption booking. If booking the flight with points and paying the taxes costs almost the same or more than the revenue fare, we’ll always choose to save our points and just pay cash – assuming we still want to travel, that is. Also bear in mind the value of the points you’re cashing in. If we value Avios at 1p each, a 100,000 point redemption with £550 taxes, fees, and charges on top makes the true cost £1,550. The following tools will help you determine the best available revenue fare for your journey that you can use in your comparison:

Is it a long-haul or short-haul flight?

An airline’s business class product can vary significantly between long-haul and short-haul routes. Seats that convert into lie-flat beds, in-flight entertainment (IFE), and 3-course fine dining on a long-haul flight may be replaced on a short-haul route with a standard economy seat (at the front of the plane), a soggy panini, and a newspaper. We therefore wouldn’t want to to pay long-haul rates to get such a poor short-haul product. Let’s take British Airways London to Madrid. At the time of writing, a 2-day return in Club Europe (Business) can cost £450. At 2.5 hours, that’s £180 per flying hour!! If you multiply that by 7.5 you get the equivalent cost to fly the same aircraft to New York (£2,700 return) and 11.5 to San Francisco (£4,140) – Do those prices seem reasonable? Hardly, and remember: no flat bed, no IFE, soggy panini.
See the star rating and cheat sheet sections below to see what we think should be the target price.

As we’ve learned, business class products vary on any single airline. If that wasn’t enough, they also vary massively between the airlines. A Turkish Airlines long-haul business class experience will be very different to the same journey on Qatar Airways. Because of this difference, we adjust the monetary value we place on seat. The main factors we look at are:

With the help of fellow reviewers, SeatGuru, the Skytrax ratings and Airline Quality reviews sites, we’re quickly able to determine whether it’ll be a business product we’ll enjoy flying on, or one we’d sooner give a wide berth unless it’s massively discounted. As a general rule, we don’t bother with business products on the 3-star airlines as their prices rarely compete with the 4- and 5-star carriers.

Using the economy fare to calculate the business fare

As we’ve learnt, products vary wildly between airlines and also wildly between their short- and long-haul routes. If you’re comparing apples to oranges, how do you know if you’re getting a good deal? One trick we’ve learnt is to calibrate against the price of an airline’s economy product. Economy seats provide very little margin for airlines to play with, so when they’re rock-bottom, you can use the price to calculate what the business fare should be.

As a general rule of thumb, a £500 economy seat on a flight would be twice the price in premium economy. 4x economy gives you the business class price, and double that again (8x the economy price) for first class.

Let’s take an example seat sale on Singapore Airlines. At the time of writing they were selling discounted tickets from London to Singapore for £455 return in economy. Using this as the baseline, a return in premium economy should be around £910, and a business class return should be £1,820 or less. When we then do a business class search on the same flight and see the price is £5,500 return, we know the price is way higher than the multiplier. We therefore wouldn’t buy.

Calculate the Cost Per Flying Hour

In our own investigations we decided we needed a single unit of comparison. We decided Cost Per Flying Hour seemed the fairest way to compare. To get it, we simply divide the cost of the return flight by the actual number of hours spent in the air.

How to Calculate Cost Per Flying Hour

Now, let’s consider flying London to Singapore via Doha. The journey time is advertised as 15 h 20 m each way, but closer inspection shows the 50-minute connection in Doha is included. We choose not to include the layover time, as we’re not moving or receiving airline service during this period. Instead, we take the 6 h 45 m London to Doha sector and add it to the 7 h 45 m Doha to Singapore sector. This gives us 14 h 30 m. We double it to give us the total roundtrip flight time of 29 hours. If this flight was also priced at £1,500 return, that would equate to 1,500 ÷ 29 = £51.72 per flying hour.

One thing we’ve learnt over the last few years is that seat sales are not always what they seem. What appears as an amazing offer can often break down into some promotional hype, some aspirational imagery, and less than enticing pricing.
To simplify things for ourselves (and for you too) we’ve created a cheat sheet that we refer to in the mad panic of a too-good-to-be-true seat seat sale. If the price is way above our preferred Cost Per Flying Hour, we think twice before booking and ask ourselves whether it’s truly a deal or just an average promotion.

All values are Cost Per Flying Hour (CPFH).
Rates are in GBP and EUR and based on a departure from Europe.
Conversion at time of writing was £1=1.17€.

All values are Cost Per Flying Hour (CPFH).
Rates are in GBP and EUR and based on a departure from Europe.
Conversion at time of writing was £1=1.17€.

Are These Targets Achievable?

These are our target prices and aren’t indicative of what future prices will be – we may never get to fly a 5-Star airline in first class on a revenue fare because the prices continue to be out-of-reach for us. Equally, 3-star airlines may price their seats the same as 4-star airlines, making them bad value for money.

Earlier, we discussed a short-haul flight from London to Madrid. Based our our CPFH rules, we don’t think it’s worth more than £250. We’d even be tempted to take £10/hr off all short-haul fares, owing to the more basic onboard product offered.

So, how much should you pay for a business class seat?

Remember the rule of thumb: a £500 economy seat on a flight would be 2x the price in premium economy, 4x economy gives you the business class price, and 8x the economy price for first class. That would mean the folk at the front quaffing the champagne and caviar paid £4,000 for the privilege. As you can see from these examples, that isn’t always the case. There’s a good chance the shrewd business and first passengers only paid half the standard price and, in some extreme cases, the business class passenger may have paid the same fare as the premium economy passenger, and the first class passenger may have only paid 50% more than that.
For us, the sweet-spot for business class is under £50 per flying hour on any 4- or 5-star airline. We’re not always lucky enough to book flights this cheap, but we’ll always use it as a benchmark to see how near to a good deal we’re getting.

In recent seat sales, we’ve seen a lot of codeshare flights. As we said earlier, not all business class products are the same. Nobody wants the surprise of arriving at the gate to find that cheap Virgin Upper Class ticket is actually on Delta, or arriving in Frankfurt to find your ANA connection is operated by Lufthansa. Save yourself the surprises and read the flight details carefully before booking. 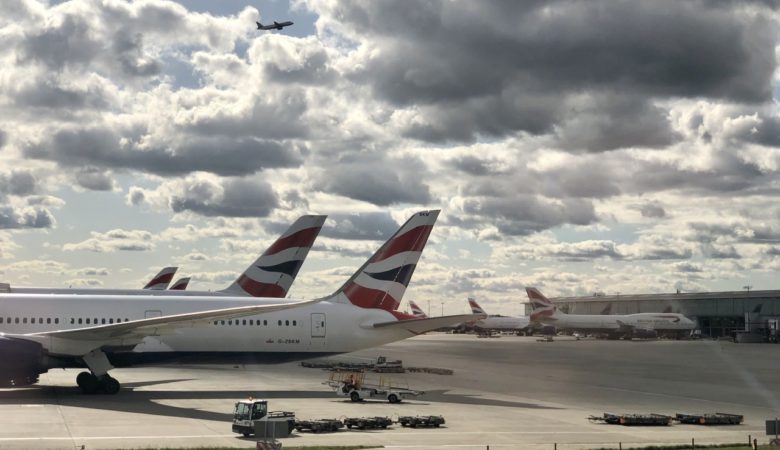 COVID: Which Countries Are OK For UK Travel? 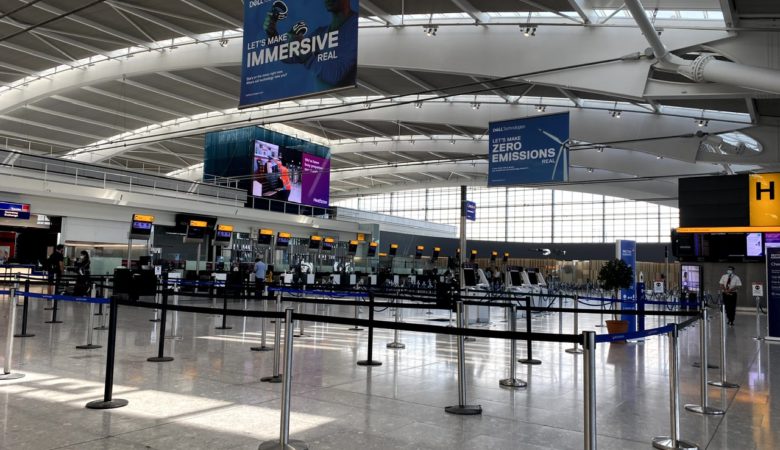 Can I Transit through London Airports during COVID? 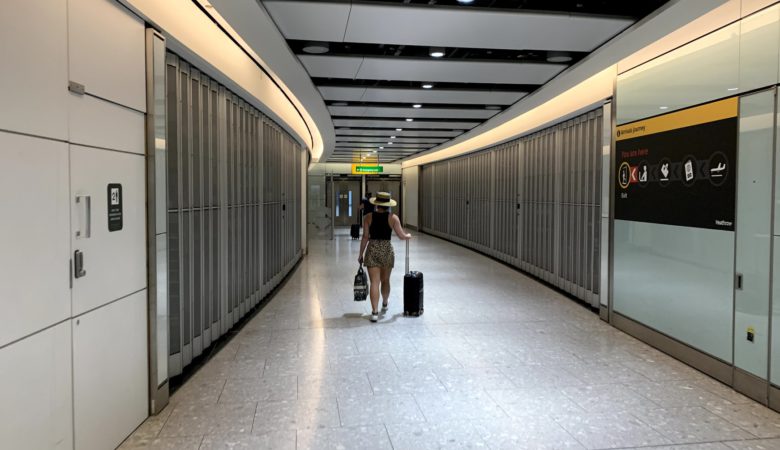